The Sixth Form Drama Society enrichment have been selected to take part in the National Theatre Connections Festival 2021.

On Thursday 24 June, we were visited by representatives from the National Theatre and Chocolate Films for a filming day, for a documentary to be released in September, alongside the students’ final film. The Sixth Form students had an exciting day of interviews and a workshop with the camera crew.

One of our students had this to say about the visit.

It was really fun. What was interesting was learning about the filming and how, as a group people, were thinking about merging theatre and film together. The cast had some really cool ideas, sparking new ways of creating theatre. Learning from professionals got us thinking in new ways. For example, Francesca Nekouzad, 12 Ludgate had some really good ideas for our shots and I think it really helped push us as a group, to think out of the box and realise what we need to do to make better pieces of work; such as planning composition and shot with lighting. We used reflective surfaces to distort the perspective and having cameras on objects to get the perspective of that object. Jude Rodgers, 12 Bow.

The final film of their performance of A Series of Public Apologies (in response to an unfortunate incident in the school lavatories) by John Donnelly, will be shared online in September. 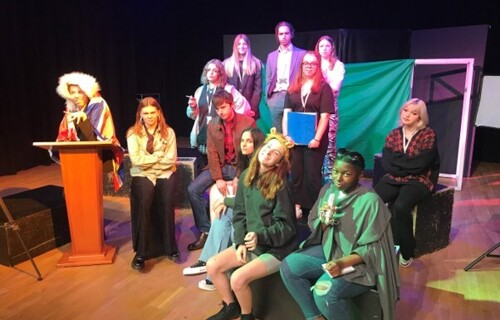 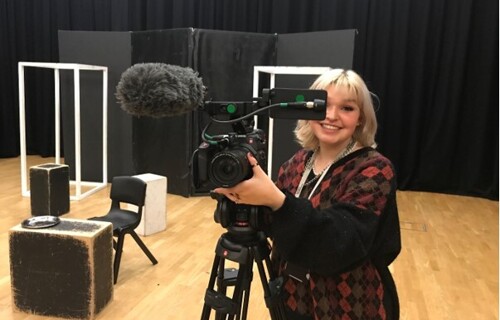 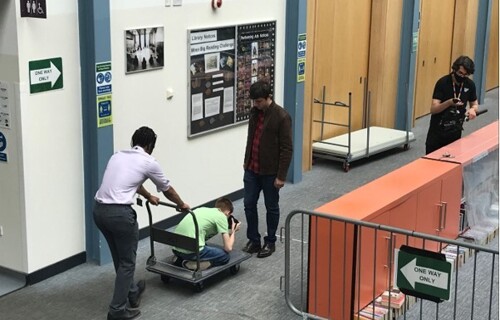 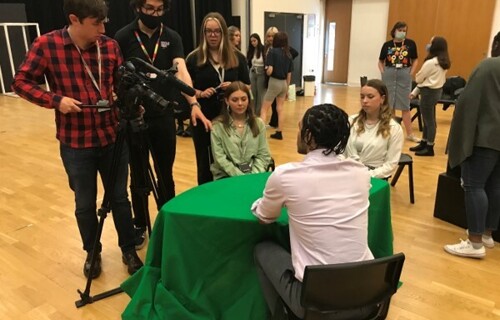 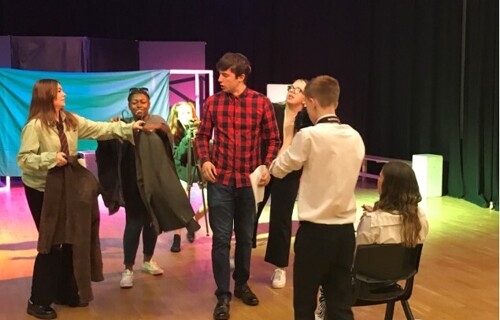 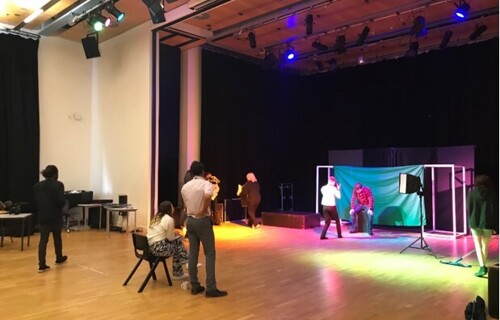