The Wren Academy community is celebrating another set of outstanding set of GCSE results with a record proportion of top grades (7-9) being achieved.

The Wren Academy community is celebrating another set of outstanding GCSE results with a record proportion of top grades (7-9) being achieved:

We are proud of all our students who made fantastic progress and achieved their potential. However, special mention needs to be made of students who attained eight or more grade 9s (equivalent to a top A*):

This is a stunning achievement which is only matched by a few hundred students across the country.

Other excellent results include:

This year’s set of results are a remarkable achievement and are a testament to both the talent of the students and the hard work that they have put in over the course of the previous two years. 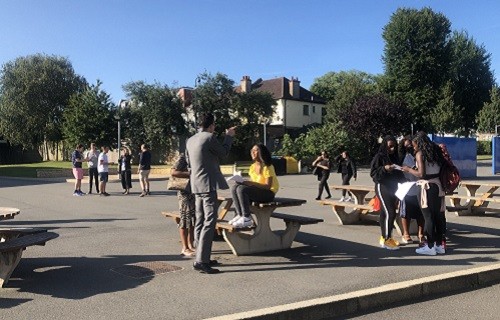